The integrated Future Growth Project-Wellhead Pressure Management Project (FGP-WPMP) developed by Tengizchevroil (TCO), in conjunction with Fluor Corporation, Baker Hughes GE, Siemens Compressors & Siemens E-motors, is designed to increase total daily production from the Tengiz existing field located in Kazakhstan and maximize the ultimate recovery of resources. Since the FGP uses state-of-the-art sour gas injection technology to increase daily crude oil production from Tengiz, large compressors would be needed to compress and inject the gas back into the reservoir.

Due to the remote and critical nature of the production system, as well as a complex plant-level electrical harmonic interference, Torquetronic systems were installed to measure torsional resonance on the gas compressors as operational speed fluctuated as grid frequency varied, thereby protecting these key assets from damage due to excessive vibration through proactive management of the production process.

The Tengiz field is an isolated environment and has its own infrastructure for utilities including power generation. For this project it was decided to use associated off gas to power a GE Frame 9 gas turbine generator for the electrical grid system of equipment and ancillaries. Due to the available electrical capacity, 11 large electrical ASD driven compressors were selected on the project, each comprising synchronous motor, gearbox and centrifugal compressor. The machine trains are in three project areas namely the 3rd Generation Injection (3GI), Wellhead Pressure Management Project (WPMP) and Future Growth Project (FGP). The machines involved are:

When evaluating such machinery trains, rotordynamic studies, including torsional vibration analysis, is carried out to ensure that no excitations of naturally occurring frequencies are caused, or if they do occur, the resulting vibrations are small and will not damage components. At conceptual stage excitation frequencies and their affects can be calculated and design action taken to reduce their impact on equipment life, however where an island grid system is in operation the effects of grid instability cannot be accurately calculated.

When torsional vibration analysis was carried out as part of the rotordynamic study, it became apparent that with four large e-motor compressor trains, the uncertainty in the calculations was a cause for concern. There was potential for excitations to occur close to running speeds, and the ability to monitor any large vibrations close to natural frequencies would remove these concerns. Experience has shown that the harsh oil and gas environments cause problems with most torsional vibration measurement devices, most of which are derived from laboratory applications. It was felt that any instrumentation selected must have a track record of successful use in the oil and gas field.

The engineering company involved with this project (Fluor) has knowledge of the Torquetronic system for the measurement of steady state torque. The inherent additional ability of the Torquetronic system to also measure torsional vibration frequencies and amplitudes in real time and display them on screen provided the ideal solution. The fact that the signal generation concept has been proven since first introduced in 1974 with over 1500 Torquetronic systems installed throughout the world, made the decision to validate Torquetronic for the TCO project an easy one.

In addition to generating signals from which torsional vibration amplitudes and frequencies can be seen, further work was carried out to provide the raw signal data to Bentley Nevada System 1 monitoring package. The final system means that along with all other critical control parameters viewed in System 1, the analytics, rules, and trending that System 1 allows can also be applied to torsional vibration readings. With the increasing development of ‘digital twin’ technology, the readings from Torquetronic can form part of a real-time suite of data to be used to validate both pre-install studies and real-world scenarios. 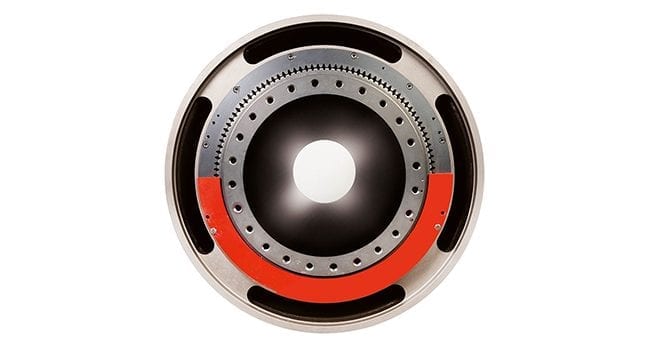 Do you have an enquiry?